CCAI's events at the November conference continued to provide scientific input to policymakers on AI's relationship with climate change. 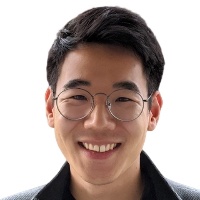 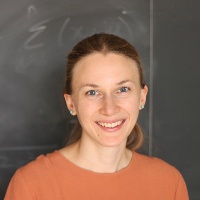 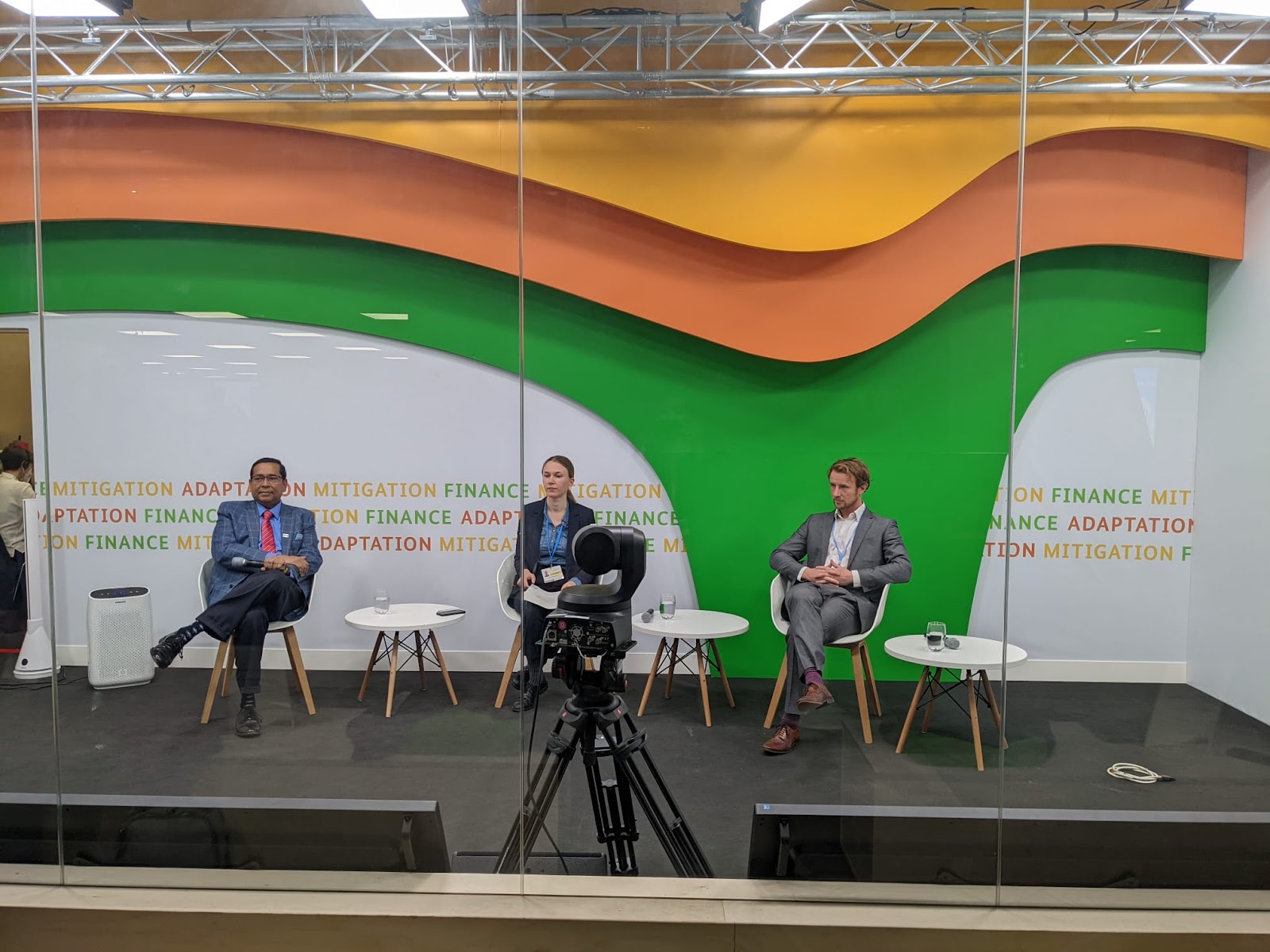 “The future is watching”: A dispatch from COP26

The closer you get to the Scottish Event Campus, the more clearly you can see the protest signs and the louder you can hear people chanting. Hundreds of protestors, young and old, gather daily in front of the security gates of COP26 to remind a long queue of delegates what’s at stake here in Glasgow.

In the morning, the queue to enter COP sometimes gets so long that delegates have to wait for hours. It’s enough time to read all the protest signs and reflect on them: “The future is watching.” “If you fail, we will never forgive you.”

The world has been waiting for this Climate Change conference for more than two years. 2020 has been the hottest on record. Global warming has already reached 1.2°C above pre-industrial levels, and sea levels are rising. For many delegates in line, it is clear that this is our last decade to act.

Weirdly, the moment you pass through security and enter COP26, the sounds of protesters vanish. Instead, you find yourself in a conference that feels almost too normal. Delegates from all around the world run from one meeting to another. Countries have pavilions where they host events, provide snacks, and hand out souvenirs. There are restaurants, food courts, art exhibitions, and a large plenary hall where arguably the world’s most important negotiation will take place over two weeks.

Fortunately, you never get too used to this feeling of normality: waiting in line the next morning reminds you of the weight on your shoulders when you enter. You feel the world’s gaze.

Since 2017, I’ve had the privilege of attending the COP repeatedly, first as an NGO observer and later as a United Nations observer. I’ve seen delegates oversell artificial intelligence and disruptive technologies to mislead politicians into imagining easy solutions to the climate catastrophe. Corporations also spotted their chance to greenwash: they started advertising disruptive technologies, at COP and beyond, as an excuse to not phase out their emissions.

Climate Change AI first held an event at COP25 in Madrid, shortly after the organization was founded in 2019. The discussions of AI at CCAI’s event brought a then-rare emphasis on science, realistic pathways to impact, and ethical implications of technology. What I saw convinced me to join the organization shortly afterwards.

At COP26 this past November, CCAI continued serving the same role: with its partners, it organized several events that brought scientific input to policy discussions and distinguished hype from meaningful action. COP26 also provided the stage for launching a report that CCAI recently co-authored for the Global Partnership on AI (GPAI), which details policy recommendations to foster climate-relevant AI applications.

CCAI’s first event, “AI for Climate Action,” took place at the German pavilion. The event was jointly organized with the Centre for AI and Climate (CAIC) and the German Federal Ministry for the Environment, Nature Conservation, and Nuclear Safety.

While many pavilions held in-person events just like before the pandemic, the German pavilion was designed around online streaming: it was held in what looked like a fish tank that could be watched both from the hallway outside and online. The pavilion’s tech crew and a producer managed to make our mix of in-person and virtual speakers, moderators, and audience—which could have failed miserably—an incredibly smooth event.

The event kicked off with three presentations of use cases where AI is being applied to address climate change. Dr. Arshad Mansoor, the CEO of the Electric Power Research Institute (EPRI), spoke about how EPRI leverages ML in power systems research and practice. We then heard from Edoardo Nemni of the United Nations Satellite Centre (UNOSAT) about AI’s role for humanitarian relief and emergency response to floods, and from Dr. Irene Sturm (Digital Rail for Germany, Deutsche Bahn) how reinforcement learning can be used for planning and traffic management in future rail systems.

In the second part of the event, six panelists discussed governance approaches to AI in the context of climate action and the COP. Pete Clutton-Brock (CAIC) introduced the opportunities and policy approaches detailed in the recent report by CCAI, CAIC, and the Global Partnership on AI (GPAI). Dr. Marta Kwiatkowska (University of Oxford), who also contributed to the report, added the caveat that it is also important to understand and assess the negative impacts of the technologies on the climate. She especially emphasized the important role of international governance initiatives.

Another way governments can help is by providing data annotations, benchmarks, and simulators. Erika Gupta (US Department of Energy [DOE]) described the DOE’s efforts to spur energy efficiency innovation in the building sector by creating benchmark datasets hand-in-hand with standardized building models.

When incentivizing new AI projects, governments also have to avoid promoting applications that counteract climate goals. Daniel Schmitt (German Federal Ministry for the Environment, Nature Conservation and Nuclear Safety) noted that this is a significant challenge: the technology is moving so fast that by the time a government develops a framework for what funding targets support, it might be already outdated. “It is really tough to address these issues from a governmental funding perspective,” he said. Strong alliances between national governments, as well as between government and different stakeholder groups within society, can help to address this challenge.

COP26 Event 2: “A Clearer Picture: Towards Radical Transparency in Measurement, Reporting and Verification of Climate Action with AI”

Our second event discussed the role of AI in measurement, reporting and verification of climate goals (commonly abbreviated as MRV). The discussion was the closing event hosted by the UN Climate Change Pavilion.

MRV is a key building block for successfully implementing and tracking “nationally determined contributions”—the climate-related targets that each signatory nation to the Paris Agreement commits to. Together with ClimateTRACE and CAIC, CCAI organized a panel discussion to inform decision-makers about how AI can increase the transparency and accountability provided by MRV efforts.

Satellites capture 80TB of data every day. Global alliances such as ClimateTRACE can now train machine learning models on this data to generate estimates of emissions from all sectors, offering policy-makers an independent alternative to national self-reports. “We are no climate cops, but you can think of us rather as your friendly climate neighborhood watch,” said Matt Gray, co-CEO of TransitionZero, a founding ClimateTRACE member (and “best pathway to impact” winner at CCAI’s NeurIPS 2020 workshop).

Dr. Marco Schletz from the University of North Carolina emphasized how AI can work with other technologies such as blockchain to help achieve the goals of the Paris Agreement. Dr. Dava Newman, director of the MIT Media Lab, went one step further: she pointed out the importance not just of leveraging satellite-based data and technology, but also of working across all disciplines and fields—including social sciences and art—to ensure that the methodologies and predictions that are developed are fair, inclusive, and interactive.

The XPrize foundation, represented by Luiza Barguil, couldn’t agree more with Alejandro. Luiza showcased how teams competing for the XPrize for biodiversity monitoring are already benefiting from the guidance of their indigenous jury members.

CCAI believes that artificial intelligence is a powerful tool that can help tackle climate change—but it is by no means a silver bullet. That message clearly resonated with the other COP26 delegates. (“We couldn’t have imagined a better closing event”, one member of the UNFCCC secretariat told us afterwards.)

We are thankful for all the support we received to make these events happen, and especially grateful for the opportunity to inform decision-makers at the highest levels.

– David
CCAI news policy events
This post represents the views of its authors, and does not necessarily represent the views of Climate Change AI.