The agency acknowledges the role of cutting-edge techniques, but stops short of fully endorsing them. 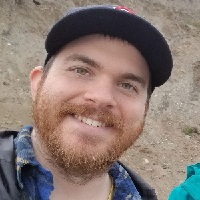 Oil refinery at dawn by Iguanasan

On November 2nd, the Environmental Protection Agency (EPA) put forward new regulations to help limit methane pollution. As I was browsing the headlines about this announcement, one in particular caught my attention:

What mistake is the current administration trying to remedy?

The answer turns out to make a big difference for climate change—and also represents an excellent opportunity for AI to help.

Methane on the rise

Let’s start with why methane is such a concern in the first place. Most people concerned about climate change focus on carbon dioxide from burning fossil fuels, but methane from multiple sources, including leaks, poses just as serious a risk. Methane can escape into the atmosphere during oil processing, storage and distribution—so much so that a recent study estimates that in some regions, approximately 3.7% of all natural gas extracted is lost. Additionally, although methane does not last as long in the atmosphere as CO2, it traps more energy, so a small reduction in methane provides similar benefits to reducing larger amounts of CO2. The EPA estimates that its new rules will eliminate 41 million tons of methane emissions from 2023 to 2035, which is comparable to 920 million metric tons of CO2.

That reduction is especially important in light of the very concerning upward trend in atmospheric methane concentrations since 1987. I graphed out measurements from two of NOAA’s global monitoring laboratories, one in Mauna Loa, Hawaii (MLO) and one in Barrow, Alaska (BRW), as well as the average of the two locations’s measurements (AVG). As you can see in the graph below, methane emissions have increased over 10% in that time period—a dangerous trend that these new regulations aim to reverse.

The biggest issue that the EPA’s new rules address is that the methane emissions of over 300,000 facilities are not currently monitored. Under previous administrations, regulations handed down from the EPA were not applied to then-existing well sites. With the grandfather clauses removed in the latest regulation proposal, companies will now be required to monitor those facilities once per quarter on the ground, while remote screening can take place every other month.

Many smaller well sites remain uncovered by this proposal. Still, the EPA estimates that by requiring all wells that emit at least 3 tons of methane per year to be monitored quarterly, the new rules will target 86% of all methane leaks from well sites.

Monitoring more is not the only change in the new proposal. The EPA is also pursuing a number of mandatory upgrades to many oil and gas sites and systems. These include:

All of these proposals aim to reduce methane leaks and reduce the amount of methane in the atmosphere.

AI will both affect and be affected by the changes

These new rules will interact with AI in two key ways. First, they will directly affect several current AI projects. A number of machine learning models aim to predict methane emissions, such as work from Arvind Ravikumar’s group that uses probabilistic classification to identify high-emitting methane sites. Assuming the EPA’s new rules are effectively enforced, this work and other projects like it will likely need to be updated to account for shifts in emissions patterns.

The effects can also run in the other direction, though, with AI applications helping to enforce the new rules. One group at the University of Chicago is developing tools to quickly analyze satellite images to identify “hotspots” of greenhouse gas emissions, including methane. Another example is hyperspectral imaging (imaging sites at many different wavelengths), one of the ways methane emissions can be monitored. Inconveniently, methane’s spectral signature is similar to many other hydrocarbons’, so BS Manjunath’s group at UC Santa Barbara is using deep learning to help identify methane leaks in hyperspectral imaging based on the speed and spread of previous leaks. Machine learning algorithms are also used in commercial products that help monitor flare performance, catch equipment failure before it happens, and predict buildings’ energy needs. While some of these technologies may lie outside of the purview of the EPA’s new methane rulings, all of them will help in the mission to decrease waste and emissions.

The ways AI can help with methane detection and leak reduction have not gone unnoticed by the EPA. In their summary of the new proposal, they dedicate a call-out panel to Advanced Methane Detection Technology, and propose giving well owners flexibility in which detection approach to choose.

However, the EPA is being a little stricter with the standards for AI-driven approaches. Owners who choose these new technologies will be required to self-survey every two months (rather than every three), and also to supplement their advanced surveys annually with more standard optical gas imaging. Given the nascent state of advanced technologies, it doesn’t seem surprising that the EPA would be hesitant to commit to trusting them right away, but this open-mindedness suggests a promising future for AI-driven techniques in methane detection and reduction.